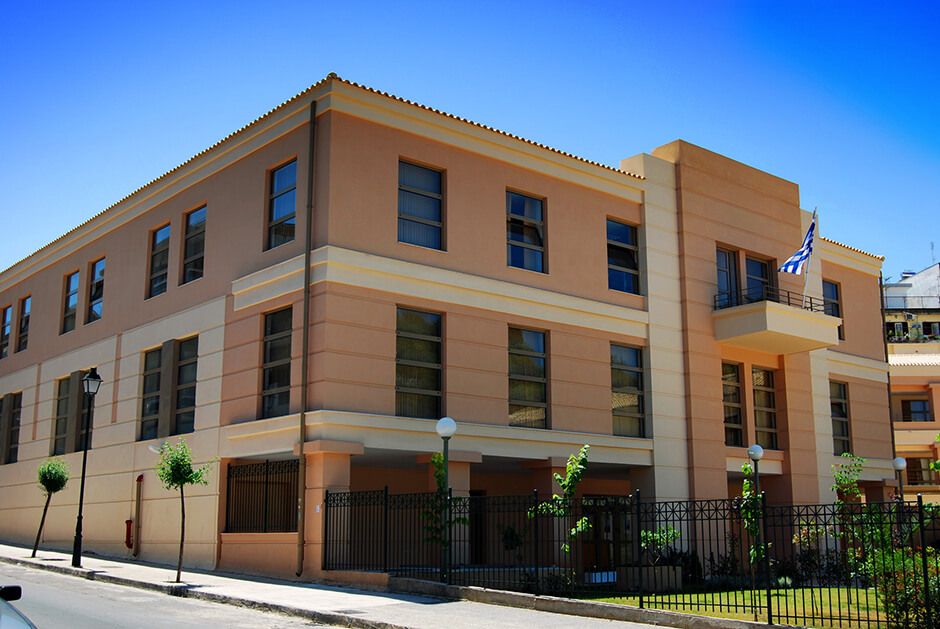 The Department of History of the Ionian University has been in operation since the academic year 1985-1986. It is the only department solely dedicated to history in any Greek university, and its total active student population is around five hundred. Thanks to its considerable and age-old cultural heritage Corfu is an advantageous place for the Ionian University and the Department of History in particular. Indeed, Corfu takes pride in its literary, historical, musical and political theoretical production and general learned tradition. It is the locus of the first university on Greek soil, the Ionian Academy (1824-1864), which precedes the National Capodistrian University of Athens.

The Program of Studies
The program of studies offered by the Department is centered on history, that is on historical research and methodology for the analysis and interpretation of historical developments from antiquity to the present time. Courses are offered in the history of the Greek geographical space during successive historical periods: Ancient, Hellenistic, Roman, Byzantine, Western European (French, Venetian occupation), Ottoman, Modern and Contemporary. That Greek historical perspective is adopted in the context of the history of the wider Eastern Mediterranean world as well as of Western Europe, and special emphasis is given to the history of the medieval, modern and contemporary Western European world. Besides that, the history of the Ottoman and the Arab worlds is systematically covered, and it is among the DepartmentΥs immediate priorities to provide courses in the history of the Sino-Japanese world as well as of the American continent. Apart from political, economic, social and cultural history, particular emphasis is placed by the Department on maritime history as well as on landscape history, historical geography and demography, in the context of which seminars and post-graduate courses are offered.
Apart from historical studies, courses are offered in philological subjects, namely Ancient Greek, Latin, Byzantine and Modern Greek philology, as well as the Turkish language. There are also pedagogical courses taught centering on the history of pedagogy. Furthermore, courses are offered to the students in archaeology, ethnology, philosophy, anthropology, discourse analysis, pragmatics and history of art. Courses such as historical sources, Greek and Latin paleography and history of art have an added advantage in that lecturers and students of the department have access to the archives and artistic treasures of the island, which are unique in Greece. Lastly, three European languages, English, French and German, are taught at the Department, and there is a well-equipped computing workshop so that students may familiarize themselves with the digital environment of our times.

The teaching approach
-- Apart from the traditional lecture format, members of the academic staff carry out their teaching in small groups and seminars. Essay writing and oral presentations are also employed to actively engage students in the learning process, and educational trips further enhance their interest and initiative.
-- The Department organizes a series of open lectures aimed at under- and post-graduate students as well as members of the general public. These lectures are given by professors of the Ionian University and by academic and research staff who are invited from other universities and research centres in Greece or abroad.
-- Apart from open lectures, the Department organizes conferences and symposia and participates in academic agreements and exchange schemes with other European universities. Such instruments are intended to offer students the chance to come in direct contact and carry out productive exchange of ideas with the Greek and the international academic community and to participate in developments in the wider world of scholarship.

Why study at the Department of History?
At a time of increasing specialization and fragmentation of traditional disciplines, the Department of History provides its students with a solid general scholastic background in a wide range of disciplines. Furthermore, the Department makes sure that students acquaint themselves with an up-to-date methodological approach, become able to think for themselves and learn foreign languages. Our graduates may find employment in education, and, thanks to the content of their studies, may also go on to specialize in any field within the humanities, for instance psychology or literary studies, or in such social sciences as journalism, politics or economics.