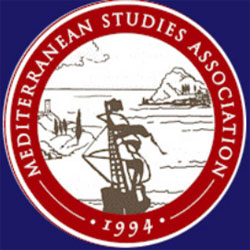 The Mediterranean Studies Association is an interdisciplinary organization which promotes the scholarly study of the Mediterranean region in all aspects and disciplines. It is particularly concerned with the ideas and ideals of western Mediterranean cultures from Late Antiquity to the Enlightenment and their influence beyond these geographical and temporal boundaries.

The attached file contains the program of the congres