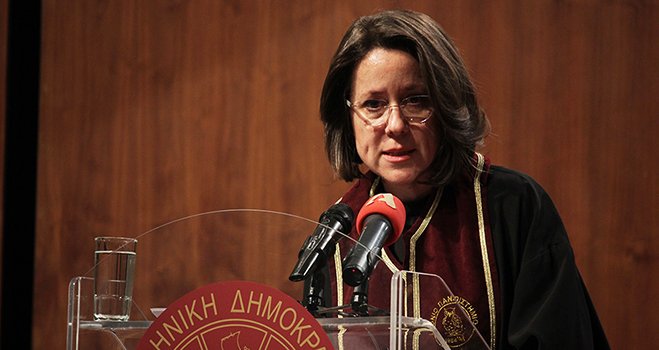 The Department of History of the Ionian University at the Assembly of March 22, 2017 unanimously decided to award Professor Katherine E. Fleming, Provost of the University of New York, an Honorary Doctorate, honoring her academic presence and her contribution as a historian, which has been widely recognized by the international academic community. The decision of the Department of History, endorsed by the Senate of the Ionian University, is also an acknowledgment of Professor Fleming's significant research contribution, especially in the field of historical studies concerning Greece and the Mediterranean.

Professor Fleming presented a speech entitled "‘A non-existing Country’: history, memory, and nostalgia", while the event concluded with an outstanding performance of Mephisto Waltz No. 1, S. 514 by Franz Liszt on the piano.