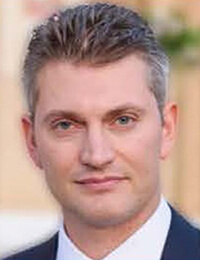 Dionysios Chourchoulis teaches Greek History at the Hellenic Open University and History of International Relations at the Ionian University. He holds a PhD from the Department of History, Queen Mary University of London, an MSc in History of International Relations from the LSE, an MA in Modern and Contemporary Greek History as well as a BA in History from National & Kapodistrian University of Athens. He had also been a scholar in European/International History of the Hellenic Scholarships Foundation. Previously he has taught History of International Relations as well as Post-World War II at the National & Kapodistrian University of Athens and at the University o the Peloponnese. His academic interests include history of international relations and broader security with a special focus on the Balkans, the eastern Mediterranean and the Middle East, and modern Greek political, diplomatic and military history. He has published extensively in Greek, while he has also published in English a research monograph, based on his PhD thesis, entitled The Southern Flank of NATO, 1951-1959: Military Strategy or Political Stabilization (Lanham, MD: Lexington Books, 2014), plus several academic articles in peer-reviewed international journals and chapters in edited volumes, including the chapter on ‘Greece, Cyprus and Albania’ in The Handbook of European Defence Policies and Armed Forces, Oxford: Oxford University Press, 2018. He has also taken part in many international and Greek academic conferences and workshops. Since 2012 he has participated in several research programmes/projects focusing on Cold War Greece.